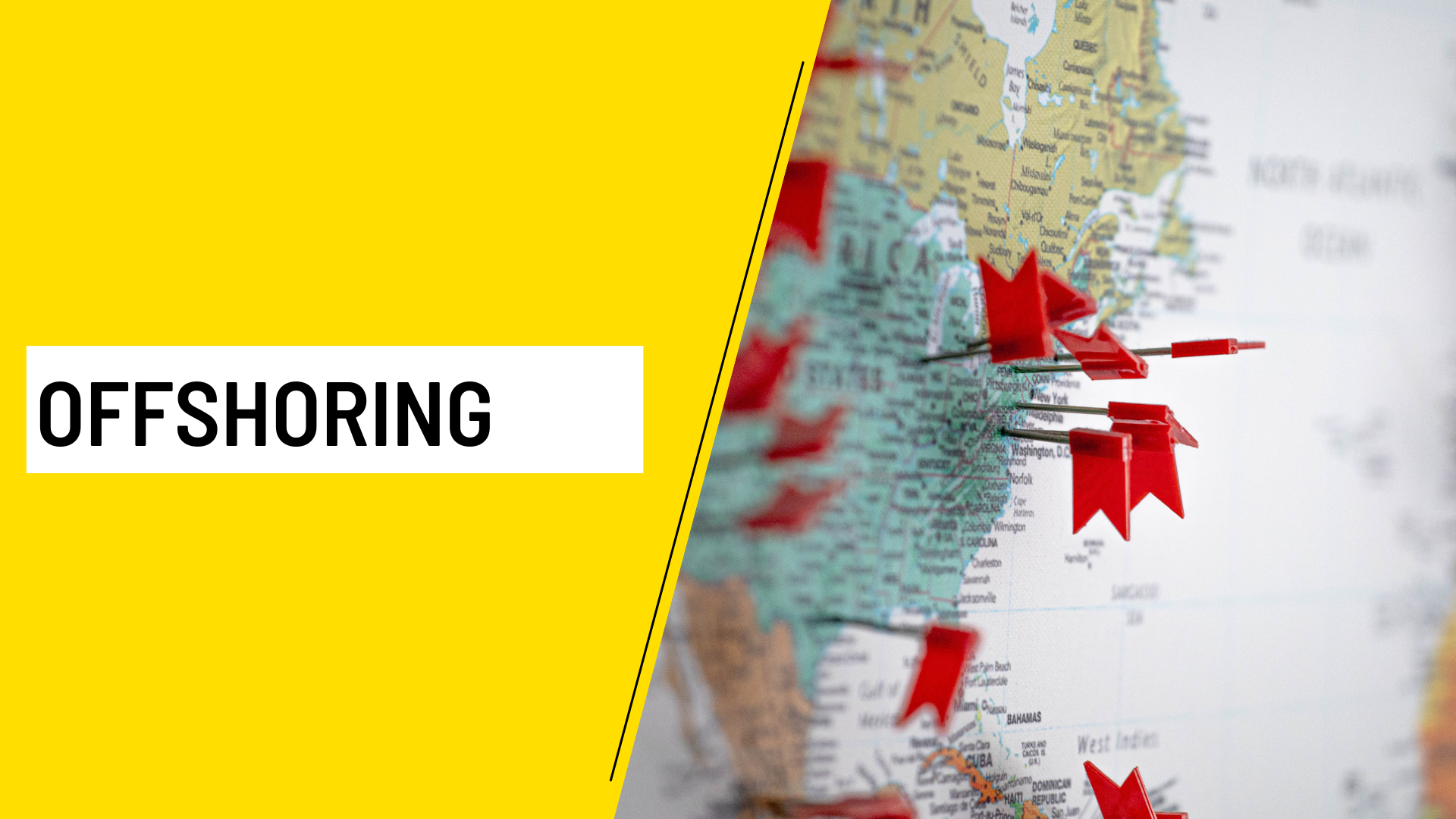 Offshoring refers to the process of setting up the operations of a business in a different country to minimize costs.

It means a company sets up its operations overseas where they can get cheap labor and resources so as to minimize their production or any other costs.

Offshoring countries are usually developing nations as they provide access to cheap labor and resources.

There are two types of offshoring which are as follows-

Refers to setting up an overseas business unit for the purpose of carrying out service-based operations. For eg: customer care, marketing, information technology, etc. It helps the company is focussing on its primary work while offshoring the other services at lower costs.

For eg: a web development company has set up their accounting and marketing operations in a different country with cheaper costs.

Refers to setting up a manufacturing unit in a different country in order to cut costs. The purpose behind this is to reduce the manufacturing costs by getting cheap labor and resources and afterward sell the finished goods in their domestic or international markets.

For eg: A U.S. automobile company sets up its manufacturing unit in India to take the advantage of cheap labor.

Advantages and Disadvantages of Offshoring

Advantages of Offshoring are-

Disadvantages of Offshoring are-

How is Offshoring Different From Outsourcing?

Offshoring and outsourcing are two terms that are often considered the same and people often get confused between the two. However, there is a major key difference between them that sets them apart.

Outsourcing refers to a company contracting out a process to some third party. It means that a company hires an external organization to take care of something in which they specialize.

Offshoring on the other hand is setting up a place of operations in a different country under the same name.

Outsourcing helps the companies in getting advantage of the skilled labor and gets the work done in a more efficient way.

Offshoring helps the companies cut costs by minimizing the labor and resources costs. It gets them access to a skilled and talented bunch of people from all around the globe.

These were some of the key differences between them.

We hope this blog helped you get some clarity about the topic. For more such insightful blogs;